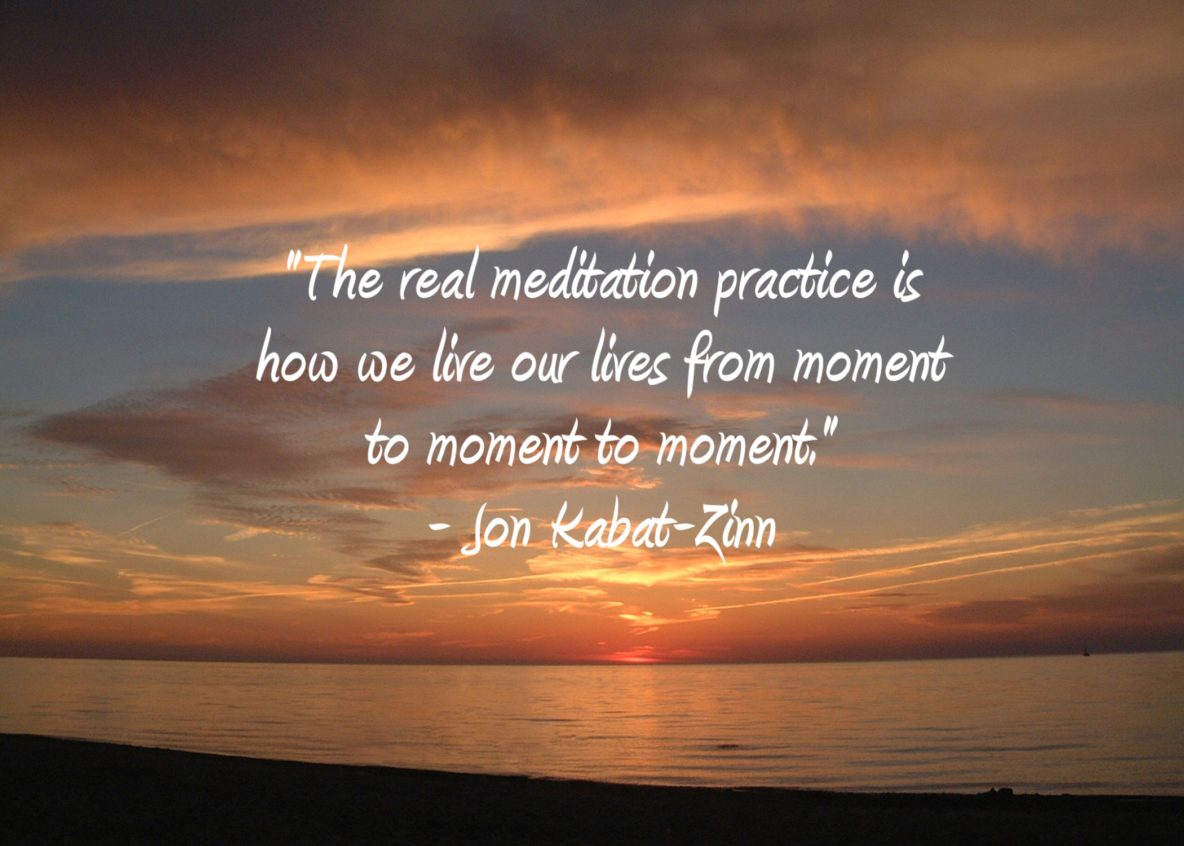 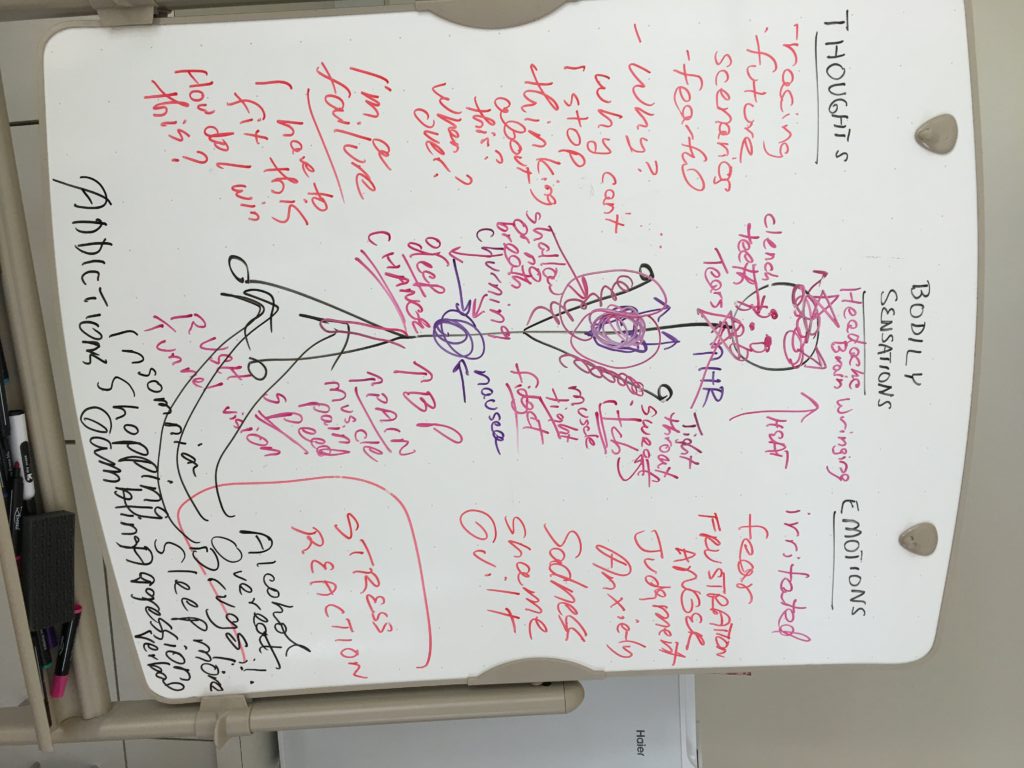 This photo represents the “ah-ha” moment many of us had in class last Saturday, Week #4 of this 8-week course on Mindfulness.

What do you see besides a very messed up stick figure and a list of thoughts and emotions?

We’ve spent the last four weeks continuing our daily practice of either a 30-minute body scan meditation or a 30-minute simple yoga routine and many are beginning to see some real benefits. One gal said she no longer enjoyed watching violent television shows. She realized she was doing it just because her husband did it, but once she became more aware of how her body reacted to it, she no longer wanted to subject herself to it.

How did she become more aware of how her body reacted to the TV shows?

If you look closely you will see that our stick figure is experiencing all sorts of ailments from rapid heart rate to tightness of chest to sweaty palms to itchy skin to high blood pressure. These were all the things my classmates and I noticed we had experienced during unpleasant events we had tracked the week before. Then we examined the thoughts we were having along with the physical reactions/bodily sensations and the emotions we felt. For me the BIG ah-ha was seeing these three things as separate. When I was able to separate out, and take the time to be aware of my thoughts, they no longer had as  much power over me. And often, the physical reaction didn’t happen if I took the time to be more aware of my thoughts and emotions.

The thought the gal in the example above was having was that the shows she was watching with her husband had a lot of violence in them. The emotion that came with that was fear – and because our bodies are programed to react to fear, her heart raced and her palms got sweaty watching that show. After a few weeks of being more aware of her thoughts, emotions and physical reactions, she began to realize she had a choice. She did not have to watch the shows. So she wouldn’t have the thought and she wouldn’t have the emotion and she wouldn’t stress her body out by having the racing heart or the sweaty palms.

Humans were not meant to live in this stressed mode as much as we do in today’s world. The zebra being chased by the lion is supposed to feel stress so he can run fast and try to escape the lion. But he cannot live with that stress constantly, or he will begin to get sick and become weak and therefore not be able to escape the lion the next time.

We seem to think it is normal for our bodies to be in this fight or flight mode so much, when in fact, our bodies just can’t function as efficiently in this constant state of stress. Consequently, our immune systems fail us, disease cannot be fought off and we are more prone to addictive behavior that numbs us and cuts us off from reality.

Through mindfulness, a new awareness of our bodies, and the beginnings of a life more in the present, we can reduce the amount of stress our bodies endure and allow ourselves to live healthier, more vibrant lives.

Instead of living my life in constant fear of the next health scare or chronic condition or disease – I want to live my life now, in the present, from moment to moment to moment.

Won’t you join me?